The entry point of a Continuous Delivery pipeline is its Commit Stage, and as such manages the compilation, unit testing, analysis, and packaging of source code whenever a change is committed to version control. As the commit stage is responsible for identifying defective code it represents a vital feedback loop for developers, and for that reason Dave Farley and Jez Humble recommend a commit stage that is “ideally less than five minutes and no more than ten” – if the build process is too slow or non-deterministic, the pace of development can soon grind to a halt.

Both compilation and unit testing tasks can be optimised for performance, particularly when the commit stage is hosted on a multi-processor Continuous Integration server. Modern compilers require only a few seconds for compilation, and a unit test suite that follows the Michael Feathers strategy of no database/filesystem/network/user interface access should run in parallel in seconds. However, it is more difficult to optimise analysis tasks as they tend to involve third-party tooling reliant upon byte code manipulation.

When a significant percentage of commit stage time is consumed by static analysis tooling, it may become necessary to trade-off unit test feedback against static analysis feedback and move the static analysis tooling into a separate Analysis Stage. The analysis stage is triggered by a successful run of the commit stage, and analyses the uploaded artifact(s) and source code in parallel to the acceptance testing stage. If a failure is detected the relevant pipeline metadata is updated and Stop The Line applies. That artifact cannot be used elsewhere in the pipeline and further development efforts should cease until the issue is resolved.

For example, consider an organisation that has implemented a standard Continuous Delivery pipeline. The commit stage has an average processing time of 5 minutes, of which 1 minute is spent upon static analysis. Over time the codebase grows to the extent that commit stage time increases to 6 minutes, of which 1 minute 30 seconds is spent upon static analysis. With static analysis time growing from 20% to 25% the decision is made to create a separate Analysis stage, which reduces commit time to 4 minutes 30 seconds and improves the developer feedback loop. 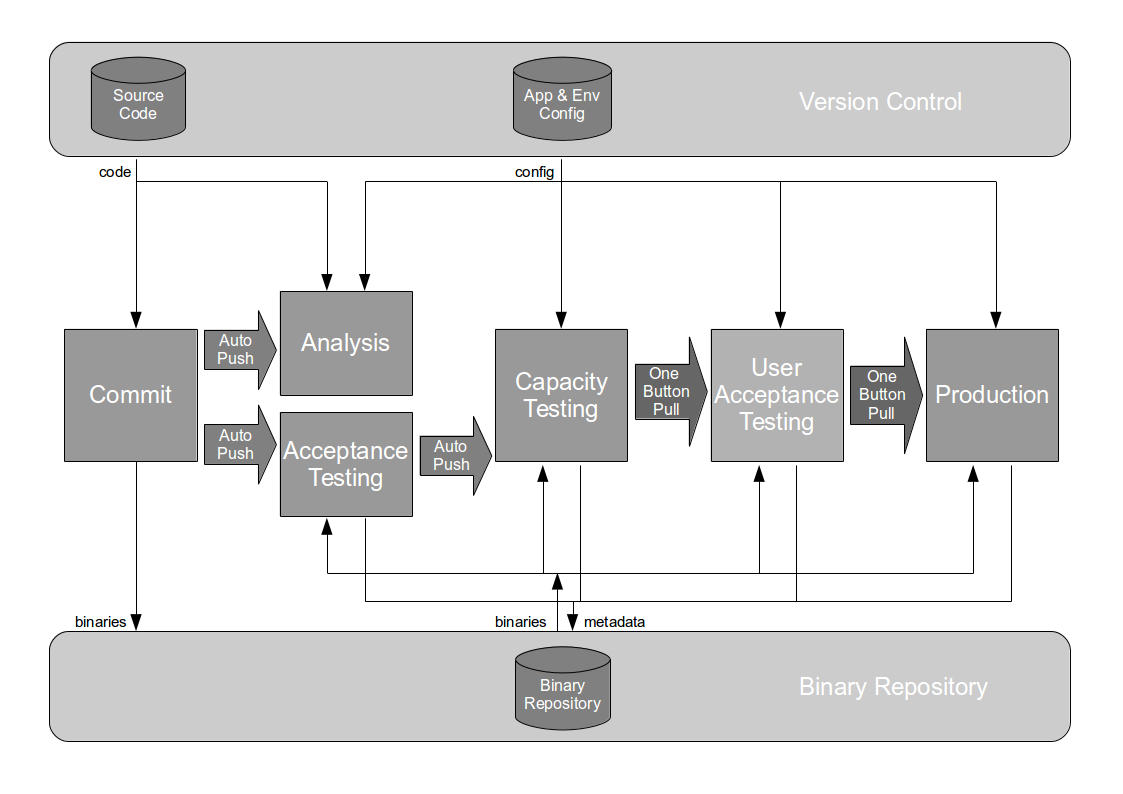 Static analysis is the definitive example of an automated task that periodically needs human intervention. Regardless of tool choice there will always be a percentage of false positives and false negatives, and therefore a pipeline that implements an Analysis Stage must also offer a capability for an authenticated human user to override prior results for one or more application versions.