This is Part 4 of the Strategising for Continuous Delivery series

Policy Rules are not inherently bad. Some policies should be established across all demand groups, to drive Continuous Delivery adoption:

These practices have been validated in Accelerate as statistically significant predictors of Continuous Delivery. A loosely-coupled architecture is the most important, with Dr. Forsgren et al stating “high performance is possible with all kinds of systems, provided that systems – and the teams that build and maintain them – are loosely coupled”.

Data should be stored in the same demand group as its consumers, with an asynchronous push if it continues to be mastered in a lower demand group. Interactions between applications should be protected with stability patterns such as Circuit Breakers and Bulkheads. This will allow teams to shift from Optimising For Robustness to Optimising For Resilience, and achieve new levels of reliability.

At MediaTech, there is a commitment to re-architecting video game dataflows. An asynchronous data push is built from videogames-data to a new videogames-details service, which transforms the data format and stores it in a cloud-based database. When this is used by videogames-ui, a reliability level of 99.9% is achieved. Reducing requests into the MediaTech data centre also improves videogames-ui latency and videogames-data responsiveness. 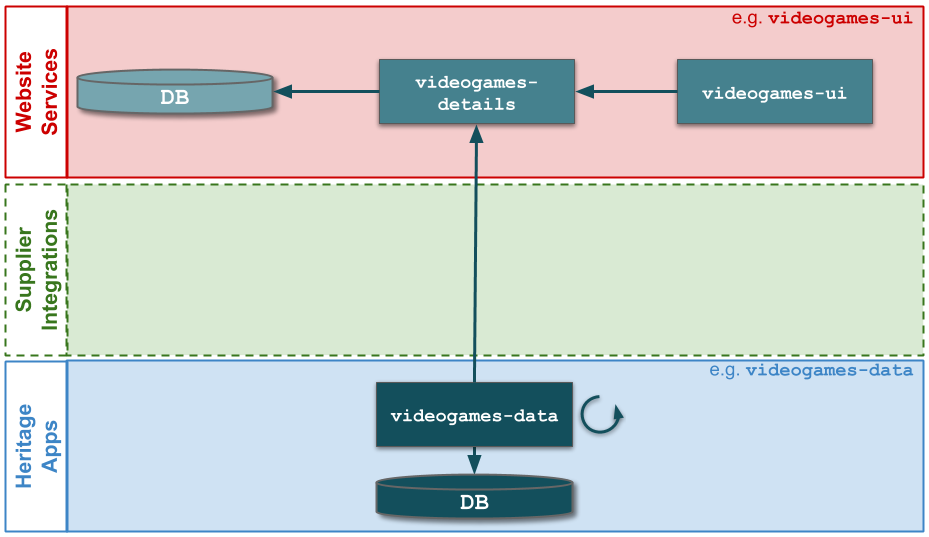 At MediaTech, the End-To-End Testing between videogames-ui and videogames-data is stopped. Website Services teams take on more testing responsibilities, with Contract Testing used for the videogames-data asychronous data push. Eliminating testing handoffs increases videogames-ui deployment frequency to every 10 days, but every 7 days remains unattainable due to operational handoffs. 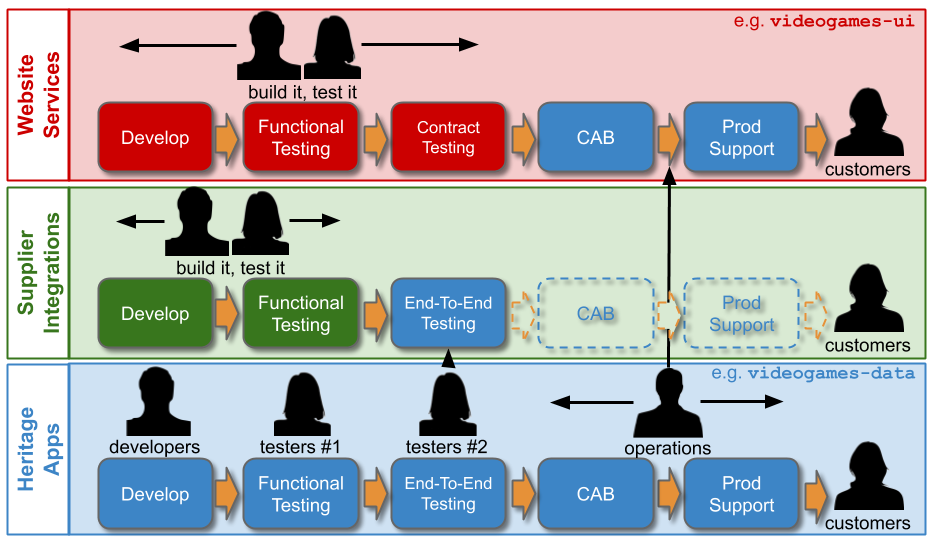 This is part 4 of the Strategising for Continuous Delivery series

Thanks to Thierry de Pauw for reviewing this series.