The fear of change and uncertainty associated with this inter-application dependency is exacerbated when another consumer with different requirements is added to the application estate, such as a Consumer B application requesting name/address/email details from the Provider.

The introduction of Consumer B adds another inter-application dependency to our estate and increases the complexity of our independent release strategy. We must be able to release a new Provider artifact capable of servicing Consumer B without endangering the integrity of existing API conversations with Consumer A, but this is difficult when the Provider is unaware of Consumer A and Consumer B requirements. To solve this problem a number of risk reduction methods may be proposed, each of which comes at a significant cost:

Given that all of the above methods will increase the cost of change and cause the evolutionary design of our application estate to stagnate, we need a more adaptive solution that will favour Build Quality In over Risk Management Theatre. We can reduce the consumer-side risk of each inter-application dependency by implementing the Tolerant Reader and API Examples patterns within Consumer A and Consumer B, but this solution is incomplete as it cannot address the provider-side risk – a new Provider artifact could still harm unchanged versions of Consumer A and/or Consumer B running in production.

Consumer Driven Contracts is a pattern originally described by Ian Robinson for Service-Oriented Architectures that has since proven applicable to any scenario in which evolving consumer-provider relationships need to be documented and continually verified. Characterised by Ian as an attempt to create a vocabulary for describing the roles of the participants in a loosely coupled relationship, the Consumer Driven Contracts pattern defines three related contract types: 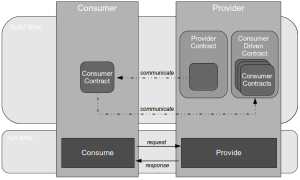 Consumer Driven Contracts are relatively cheap to implement, yet enormously powerful. As the Consumer Contracts supplied to the provider are executable specifications they provide an automated documentation mechanism that increases the visibility of existing inter-application relationships, and enable a testing strategy that favours the fast feedback of unit tests over the complexity and unreliability of end-to-end tests. Given that Consumer Driven Contracts enable us to visualise inter-application relationships and detect potentially harmful changes within seconds, Ian was not exaggerating when he stated that Consumer Driven Contracts “give us the fine-grained insight and rapid feedback we require to plan changes and assess their impact“. 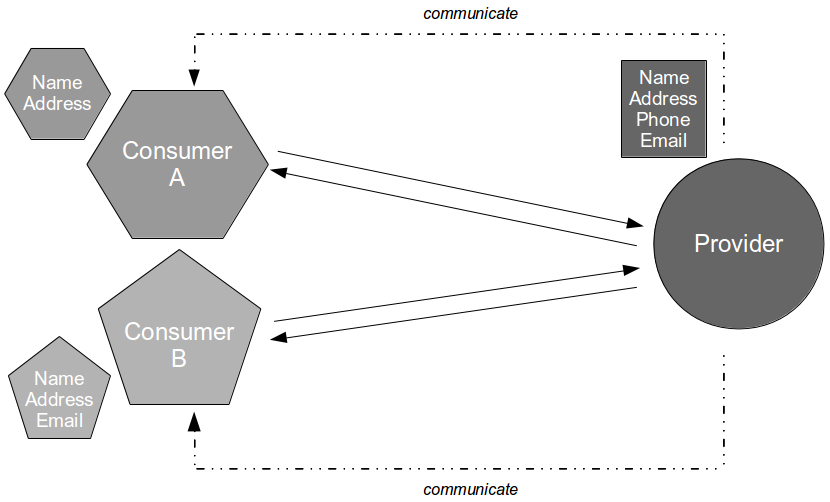 These Consumer Contracts should be elevated to first class concepts and persisted within the Provider application as a Consumer Driven Contract, so that the Provider is made aware of consumer expectations and can be independently released without fear of harming any inter-application dependencies. 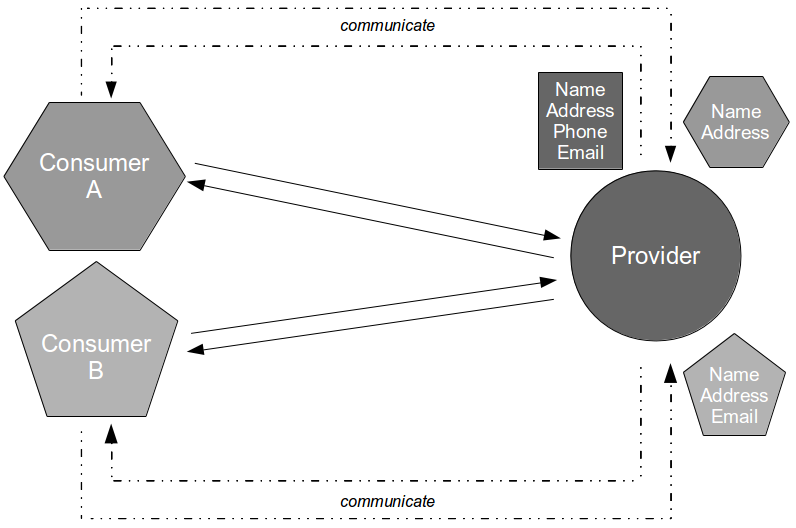 Regardless of original intent, the Consumer Driven Contracts pattern is of immense value to Continuous Delivery and is an essential tool when we wish to independently release interdependent applications.